Ian Rapoport reported over Super Bowl weekend that the Las Vegas Raiders are finally extending quarterback Derek Carr. After a tumultuous 2021 season and a 2022 offseason that began with his third regime change, the signalman could receive a long-term commitment from the Silver and Black. 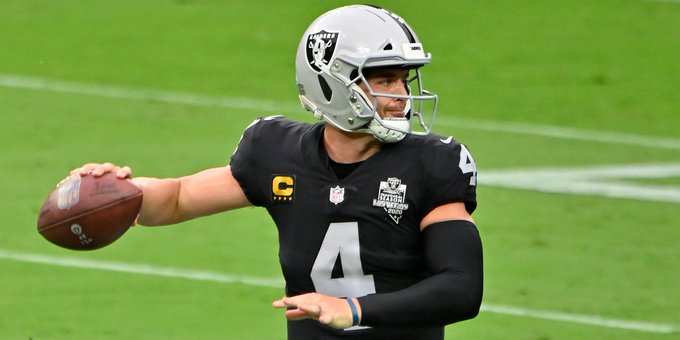 If anyone has earned more working with less, it’s Carr. His loyalty to the Raiders organization has been proven time and time again. Guiding the team to the playoffs, despite overwhelming adversity. For everything he has done for the team, Carr deserves to be recognized. His $19.877 million salary is not guaranteed and is the final installment of a five-year, $125 million mega-deal signed in 2016.

Statistics are like a two-headed penny. Numbers can be skewed causing a player to look good and bad. However, a trip to the playoffs makes the season a success. Being able to win double-digit games while enduring a change in leadership is never easy. No other quarterback in the league had as much on his plate as Carr.

New Raiders general manager Dave Ziegler has the difficult decision whether or not to extend Carr’s contract. With $20.5 million in cap space currently available, an expansion is the easiest way to double the funds available for free agency. So that begs the question, what is he going to do?

What is Derek Carr worth?

According to Spotrac, Carr’s market value is $36.1 million per year. That would equate to a four-year deal worth $144.78 million. Interestingly enough, Spotrac listed Carr as the fifth-ranked quarterback. If the ratings were based on yardage and attempts versus touchdowns, Pro Football Focus had ranked Carr 13th overall quarterback.

How much does Carr get paid?

What is Carr’s ultimate value? Somewhere comfortably in the middle is what Ziegler should be aiming for. The New England Patriots method is to set a number/value per player and not exceed it. The Raiders’ new management is unlikely to break the bank. Carr is also unlikely to receive the protection of a no-trade clause.

In a perfect world, Carr accepts an extension and gets a raise. One that’s right for him and the team. A three-year deal in the $28-33 million per year range would be ideal. Plus a $40 million signing bonus and two years fully guaranteed. Finally, a third-year team option, bringing the total to three years and $100 million, with $66 million guaranteed.

NEW YORK – OCTOBER 07: A trader works on the floor of the New York Stock Exchange on October 7, 2008 … [+] At New York. Despite a plan to buy back the public debt, the Dow Jones continued to fall today, closing more than 500 points lower. (Photo by Mario Tama / Getty Images) […]

Associated Capital Reports Preliminary Book Value of $41.62 to $41.82 Per Share for the First Quarter – Form 8-K

Choosing a lender for a debt consolidation loan may be a daunting task.

Helping you start on the right foot with debt management may benefit your well-being in the long run. Maintaining a solid credit rating will help keep you in the good graces of your banker. A well-managed debt, particularly when it comes to debt consolidation, provides you with more and better repayment possibilities. When it comes […]